QUALITY Made in GermanyTHE NEW BRAND FOR
PREMIUM BBQ 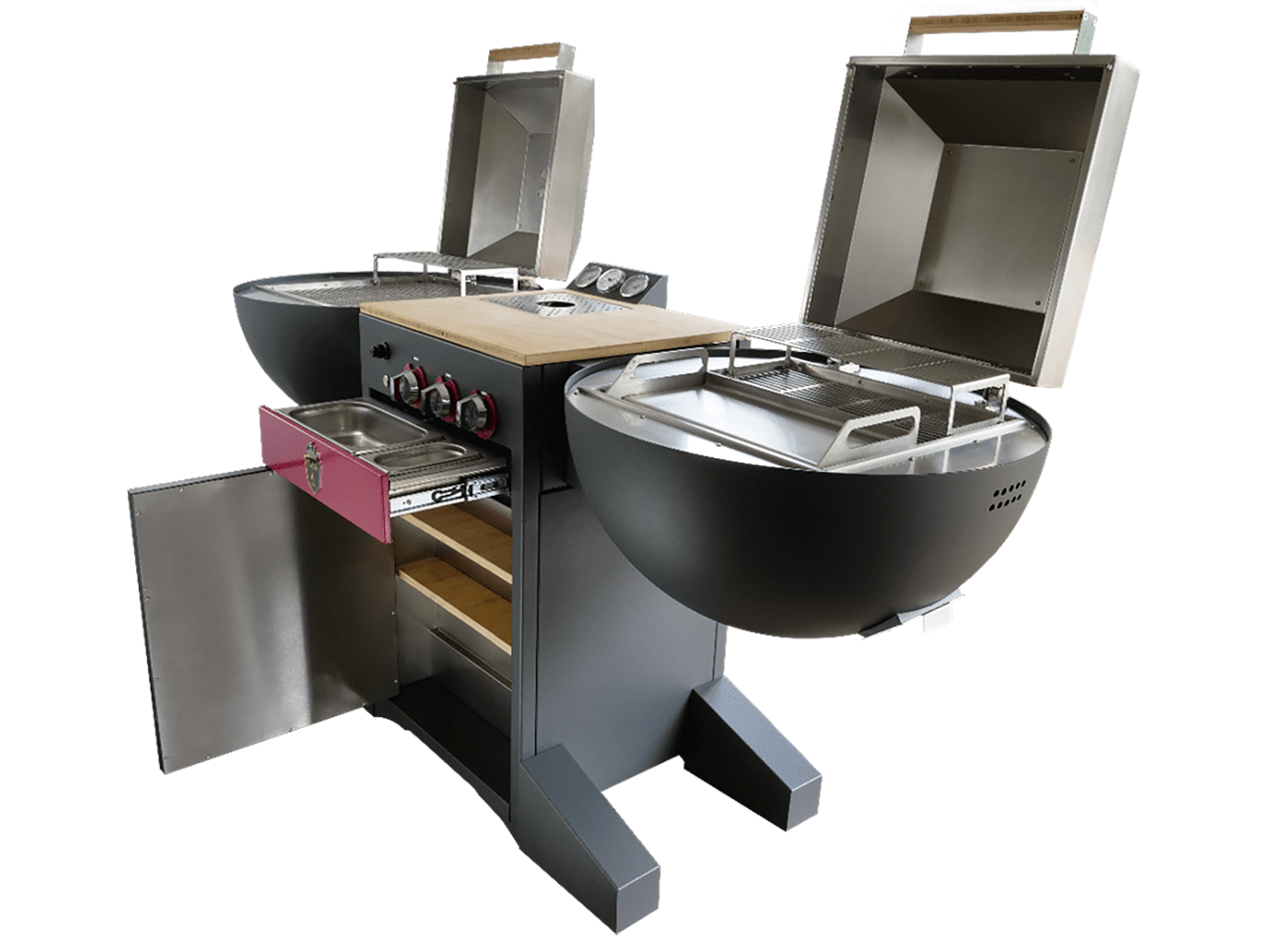 REALES BBQ stands for the evolution of transforming grilling as the original way of preparing food into a new conceptual design. Because the REALES BBQ DNA is characterized by a constant urge for improvement with the aim of creating – SOMETHING NEW.

Our story is simple, we wanted to build THE grill. It was clear to us that we were focusing on German quality at all levels of production. But it should be one who breaks with the previous conventions, creates SOMETHING NEW. A product of high aesthetics, authentic and individual at the same time without compromising on functionality, on the contrary. Several years of development and several international patent applications have produced our barbecue grill "DUOGRILL Empire" and the top heating grill "REYBEEF".

We set ourselves high standards and still have a lot to do. are just some of the features that distinguish it. One with the WOW effect!
One, which: REALES BBQ – THE NEW WAY TO GRILL The new class in the steak grill segment, our king in the master discipline

The "REYBEEF" – with 850 degrees pure heat to perfection

With the REYBEEF to the perfect steak and much more…